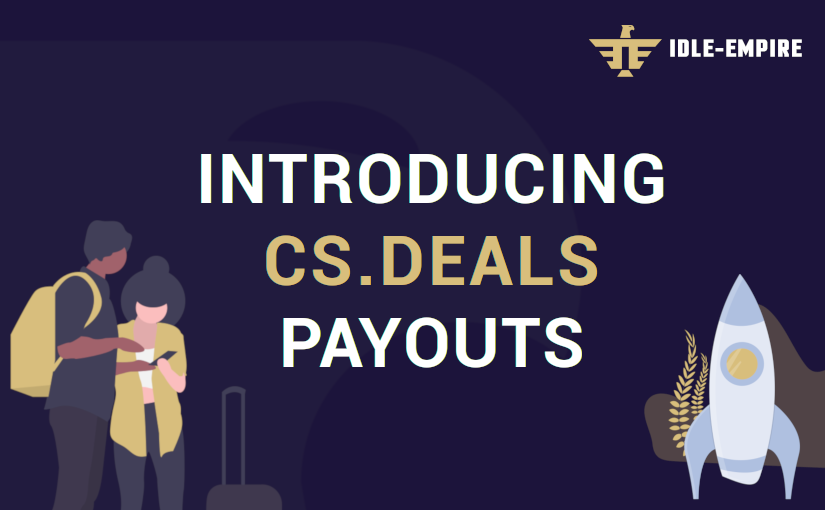 We’re happy to announce that we’ve partnered with CS.DEALS to bring you an even larger selection of CS:GO, Dota 2, Rust, and TF2 skins. You can now use your Idle-Empire Points to withdraw CS.DEALS Gift Cards.

CS.DEALS is an emerging marketplace for Steam items – similar to BitSkins, SkinBaron, and Skinbay. On CS.DEALS, you can buy and sell skins for the following games:

Why CS.DEALS has become more popular

BitSkins recently announced that they’ll increase their seller fee for everyone to 15%, starting on October 1, 2019. This will draw some sellers away to other marketplaces, and it will increase overall item prices on BitSkins. CS.DEALS has just started its marketplace with an incredible 1% seller fee, which is the lowest seller fee among all competing marketplaces. This attracted many sellers and it will lead to cheaper item prices, which is awesome for you as a buyer.

I’m sold! How can I get started?

You can use your Idle-Empire Points to claim your first CS.DEALS Gift Card. Simply head over to our withdrawal page for CS.DEALS Gift Cards and select your desired gift card amount. Fill up that account balance in no time!